LRH: The Target Two Chronicles, Vol. I has been removed

Having been honored by the STAAND League with my own smear page, I've had my interest in Scientology rekindled after a few years of declining ire. I've decided to take down LRH: The Target Two Chronicles, Vol. I for some long overdue editing as I work on Vol. II. I'd like to thank my fans, both of you, for your support over the years. I'll let you know when it's ready. And if you're here from STAAND, I thank you for the footbullet. You've reignited my fire. I shared it with my Facebook friends and they were all plenty impressed with my big SPness.

I am so blown away by the cogent, clear, ex-Scientologists that are now appearing in droves on comment threads across the net. The quick, skillful shut down of OSA operatives like "Elsa" over on a Tony Ortega thread at the Village Voice is a case in point. I know an OSA Ronbot when I see one, but I can't shut one down like an ex-Sea Org can.

Just ten years ago, this kind of speaking out would have been unthinkable with the exception of a handful of brave people who blew the cult. The end times for Li'l Davy and his Fake Navy are truly here.

Unlike Rathbun and his cohorts, I believe that Scientology is rotten to its core, and that core was the pompous, charismatic buffoon Hubbard.

The only benefit to be gained from Scientology is in the first few courses one takes. The same benefits could be gained from a logic course at the local Junior College, some old Dale Carnegie courses or The Landmark Forum (another abusive organization unfortunately).

Once you progress past the Communications Course and a few of the other basics, the auditing starts in and that's when the problems begin. After that point, the whole of the "tech" is designed to do only one thing, control you. Control you and get you to spend ever more amounts of money for ever diminishing returns.

Like the first hit of a powerful drug, the following auditing sessions never recapture the initial high. It's then that you're really screwed, desperately trying to recapture that feeling of the initial "win" (which was a simple response to being relieved of sleep deprivation and hypnotic induction). Scientology is not alone in this type of manipulation, it just perfected it.

I have no reason to think that there is any such thing as "good Scientology". The whole thing was based on one goal: enriching a conman.
Posted by Artoo45 at 11:47 AM No comments:

As much as I love to mock the unintentionally hilarious "tech" of L. Ron Hubbard, there is no substitute for hearing it from his own mouth. This priceless piece of batshit-crazy gold is from 1967, just after Hubbard completed the infamous "Wall of Fire" aka The Xenu Story.

In this gem we are treated to Hubbard-the-raconteur, Hubbard-the-long-suffering-martyr and Hubbard-the-savior-of-mankind, all wrapped up in a turgid tale of evil perpetrated by (you guessed it) The Eeeeeeevil Psychs.

If you know anyone who thinks that L. Ron Hubbard couldn't have been that crazy if all these people still follow him, have them listen to Ron's Journal '67. When they're done, if they still think he wasn't totally bonkers, then tell them that L. Ron has a bridge for sale and direct them to the nearest org. Oh, and don't forget to tell them to take their checkbook.
Posted by Artoo45 at 12:31 PM No comments:

The Saint Petersburg Times once again shows why they've earned the title SP Times. This is yet another bold, clear article on the abuses at the "church". I felt drained by the time I was done reading about these people's long exit from $cientology. Three cheers for Tobin and Childs and the editorial board of the Times.
Posted by Artoo45 at 11:53 AM No comments:

Tommy Hits The bigtime, or, Yes, Virginia, There Is Such A Thing As Bad Publicity.

A marvelous article on the Tiny Terror's Toy Terrier.
Posted by Artoo45 at 9:31 AM No comments: 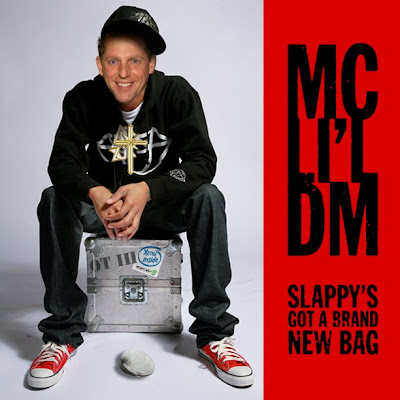 Featuring the club hits:
Ya down wit OT-III?
Slappy's Got a Brand New Bag (with Tommy D)
Bitch is a Statcrasher (DJ Kobra extended litigation remix)
We Built This Cult on Rick and Roll
Sec (Check) Machine
Havingness is a Warm Gun (R245 EOC remix)
Ain't no Power Like a Super Power™
Blown in the wind
Rundown Sue
Don't Fear the Weeper
Dance This MEST Around
Atomic Wog
Posted by Artoo45 at 12:48 PM 1 comment: